Verjú is also the first and only FDA market-cleared green laser for non-surgical reduction of cellulite and fat in areas such as the waist, hips and thighs.

The Verjú (vehr – JOO) laser device essentially shrinks or collapses fat storage cells—in other words, think of a grape turning to a raisin. There is no heat and thus no “melting” of fat takes place, but the Verjú sets in motion a fascinating scientific process that has been clinically studied and used in practices worldwide for nearly 20 years.

Picture: ​These are real microscopic images demonstrating the effect of the Verjú laser on fat cells. A temporary pore forms on the cells, allowing the fatty material inside to leak out into the space between cells where it is disposed of by the body. This process is called photoporosis.

The Verjú device outputs a green laser light (532 nanometers for you science buffs) from 6 separate laser diodes on the machine. These are targeted at areas of stubborn fat on the client such as the belly, love handles, legs, etc.

Laser light causes a series of reactions in the cell leading to disrupted membranes on the fat storage cells. This creates a temporary pore on the surface of the cell and allows the fatty material within the cell to be released. After a session of Verjú, a percussor is then used on the areas treated to encourage the movement of this fatty material to certain lymphatic points in the body so it can be removed naturally.

The other benefit of laser light is by its ability to rebuild collagen in the skin. This adds an additional layer of benefit by smoothing the skin and restoring elasticity while reducing cellulite. 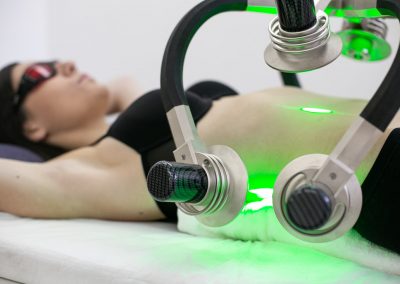 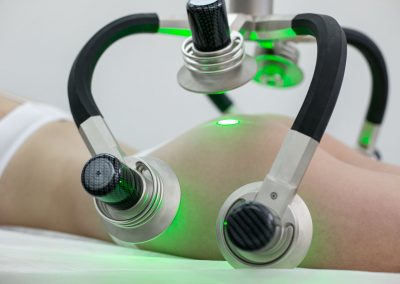 The Verjú Laser System is the only low level laser device on the market to receive FDA market clearance for cellulite and fat reduction.

In clinical studies, patients treated with this low-level laser therapy saw an average total combined decrease of about 4 inches across the waist, hips and thighs. To read the clinical studies associated with Verjú, click here.

As with our other treatments at Trim Studio, we will encourage Verjú treatments in a series as well as lifestyle modifications to ensure best results. During your treatment plan, it’s important that you protect your investment and participate by:

Verju treatments take about 75 minutes total—check-in, and 40 minutes of laser treatment followed by a few minutes of gentle percussion, plus one additional therapy such as Compression or CryoSlimming (included in all sessions at Trim Studio). During the time the laser is turned on, you will lie comfortably on our treatment table with some very stylish safety goggles. The laser itself is non-thermal, meaning it does not produce any heat. On some occasions, clients indicate a feeling of warmth or tingling in the treated area. This is likely a result of increased blood flow to the area where the laser is pointed.

During your session you are welcome to browse on your phone, chat with your technician or doze off. Most feel nothing and find the laser to be very relaxing and that they have a boost of energy after a treatment. 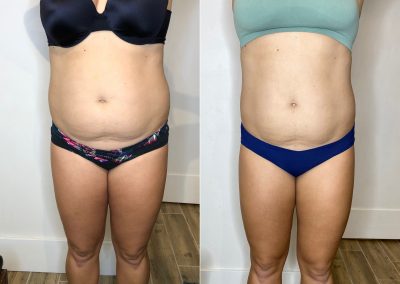 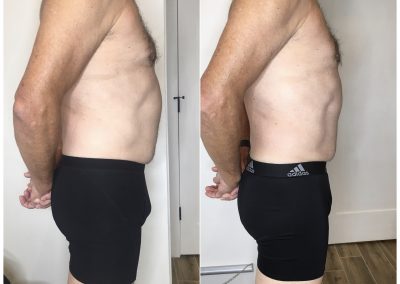 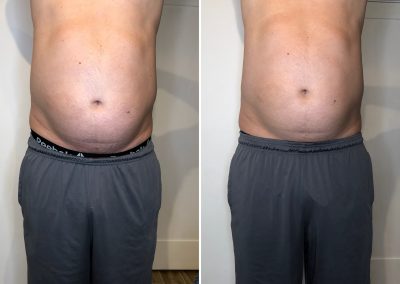 Verjú is a powerful, non-invasive and safe alternative to liposuction, CoolSculpting or other fat loss procedures. To get started, we first ask for the opportunity to meet with you at our studio to discuss your goals, health history and wellness journey. From there we’ll be better able to recommend a customized treatment plan for you using the Verjú system and/or a combination of our other available technologies.

To schedule a free, no-obligation, non-salesy and totally enjoyable consultation, please fill out this secure online form or call us at 727-288-4329. We can’t wait to meet you!

Want 50% OFF Your First Treatment?

Join the Trim VIP Email List to get 50% OFF your first session! Plus you'll be the first to receive news about events, exclusive discounts and wellness tips. It's a win-win!

Yay! You're all set. If you don't see an email from us within 1 hour, don't forget to check your junk folder, just in case! :)

*We write really good emails, and we promise to never ever spam you or give your personal information away. That would be way uncool.